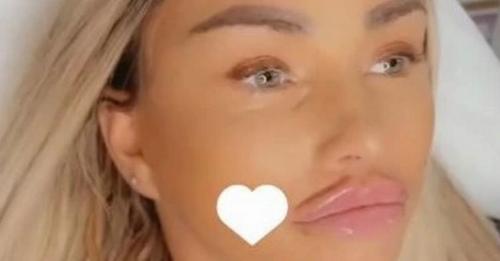 Former glamour model Katie Price has spruced up her look by getting more lip filler, despite previously having it dissolved as they were ‘migrated with several lumps’

Katie Price has had the size of her pout increased after getting more lip filler – despite having previous filler dissolved.

The former glamour model, 44, visited Lift Aesthetics clinic for the procedure and was seriously impressed with the results.

Last year, Katie said she had her lip filler dissolved as they were “migrated with several lumps”.

The mum-of-five showed off her new huge lips on the clinic’s Instagram Stories. Her pout featured some swelling, but she said: “I’m so happy with my lips today.

“My cupid’s bow have been done beautiful…the Russian technique or whatever she has done. I can feel it when she flips the lips.”

Katie said she had 0.5ml of filler during the procedure and said: “That’s all I needed.”

Katie Price has had the size of her pout increased 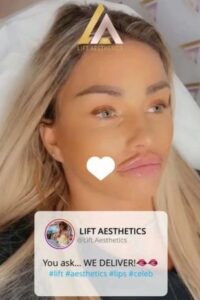 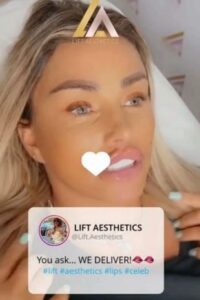 Katie has been a fan of cosmetic procedures since first going under the knife at the age of 18 to enhance her bust.

She has always been open about turning to surgeons to try and turn back the clock on ageing and often has her lip plumped up with filler and complexion smoothed out with Botox.

The reality star explained she previously had her lip fillers dissolved and felt she looked “wrinkly and old” with “thin lips”.