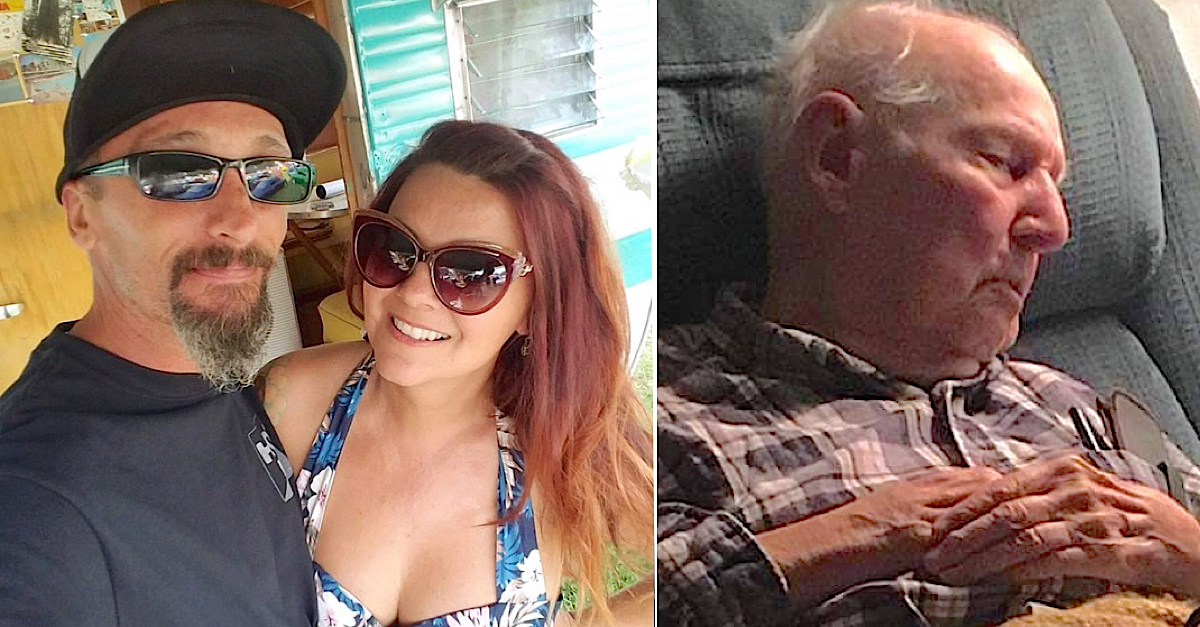 Hundreds of families have been left stranded and helpless in the wake of the California wildfires. Lee Brundige, a 93-year-old World War II veteran, still doesn’t know if his house is intact after his hometown of Paradise, California, was ravaged by the Camp Fire.

Lee, who lives by himself, fled his home and made it to a parking lot in a nearby town. There he was met with other evacuees — and a kindhearted woman who was handing out hamburgers to those in need.

Tracy Grant offered Lee some food, but he turned it down. He told her to save it for someone else who might need it more.

Eventually, the sheriff’s deputies instructed everyone in the parking lot to leave; the air quality was declining, and the area was filling with smoke.

Tracy asked Lee if he had somewhere to go. He was essentially homeless at this point, but he said he could always just sleep in his car.

Tracy couldn’t bear the thought of leaving the elderly veteran to fend for himself, or be taken advantage of by a random stranger.

So Tracy asked Lee if he would follow her home to stay with her, her boyfriend Josh Fox, and their dogs.

Again, Lee turned down her offer. But something inside Tracy told her not to give up.

What followed was a remarkable act of kindness — in the midst of so much destruction — that’s touching hearts all over the country.