Boy, 4, on ventilator with chickenpox as family told 'to prepare for worst' - Daily Net 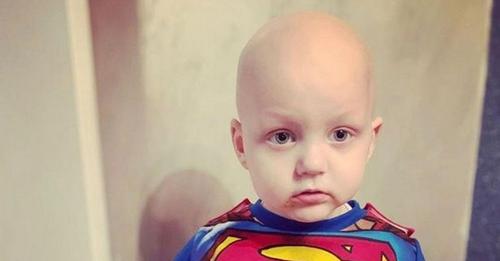 Boy, 4, on ventilator with chickenpox as family told ‘to prepare for worst’

A mum has told how her four-year-old son is a “fighter” after he became seriously ill with chickenpox while in remission from cancer and doctors told his family to “prepare for the worst”.

Gerard Price, who has spent the last three years battling cancer, became ill with chickenpox last year and was rushed into intensive care as his condition deteriorated.

Mum Danielle Riley said how he had to be on a ventilator for eight days but now has been able to return to the oncology ward, reported the Liverpool Echo.

Back in 2019, Gerard banged his head on a baby gate leaving a mark that gradually turned into a “funny coloured” lump with his mum going back and forth to doctors to try and find out what was wrong.

The lump continued to grow until it was “over his eyebrow” and tests at Alder Hey hospital showed he had acute lymphoblastic leukaemia with a mutation. 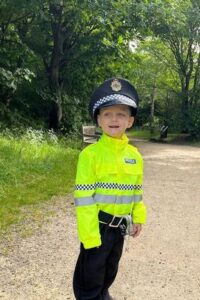 Gerard was rushed into intensive care as his condition deteriorated 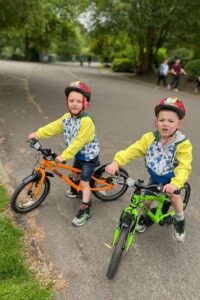 Over the next three years, the brave youngster underwent “endless” rounds of chemotherapy and was eventually given the news he was in remission when last month he became unwell with chickenpox.

Danielle, from Crosby, told the Echo: “He’s had a really tough ride throughout the last three years since he was diagnosed. But on the Saturday, I took him to hospital to get him checked because he had spots on him.

“We were told it was viral but on the Sunday he was in bad pain with his tummy and was screaming for me to take him to the hospital. Doctors thought he had constipation but with the rash they thought he also had chickenpox so he was treated for that.
“But on the Monday his breathing was getting worse, his oxygen dropped to 70 and his bowel was looking deflated so they were talking about surgery. But he was getting worse and on Tuesday we were taken into a room and told to prepare for the worst.”

Gerard’s brothers Blake and Declan visited the hospital as he went from “bad to worse” and taken into intensive care. With his lungs “full of fluid”, Danielle said at one point “we nearly lost him”.

She added: “He was getting worse, we didn’t think he was going to make it but he woke up and was aware and was able to nod his head and let the nurse put a tube down his throat to drain the fluid which helped him improve.

“He’s such a fighter, he was on a ventilator for eight days and is now back on the oncology ward. He’s very weak and lost a lot of weight. It was the worst news, my head fell off and some of the things I’ve seen will haunt me.

“But it was a miracle he’s here today. The ventilator was keeping him alive, he wasn’t breathing for himself. I kept telling him he’s fought cancer for three years, he wasn’t getting taken down by chickenpox. He fought and didn’t give up.

“I can’t thank the staff enough, the way they worked as a team to save him. He’s a miracle. He’s now in remission and it’s a case of getting regular bloods and hopefully a bone marrow transplant and touch wood there’s no relapse.”

Danielle is now urging other parents to “know the signs” of leukaemia and chickenpox and to spread awareness that chickenpox can be fatal for children with low immune systems. She said: “People say they can’t wait for their kids to catch it and want it to spread so they can get it over with, but it can be fatal.”