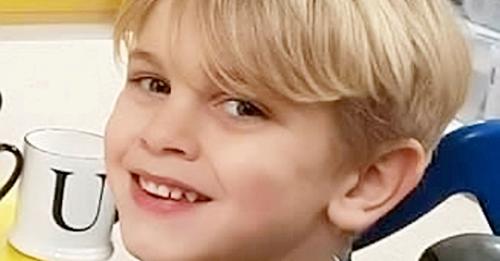 The parents of Archie Battersbee have had a final appeal at the European Court of Human Rights to keep him on life support rejected.

Hollie Dance had submitted an 11th-hour request for the ECHR to consider her son’s case and postpone the withdrawal of his life-sustaining treatment.

Doctors in the UK say Archie, 12, is brain-stem dead but mum Hollie wants him to remain on life support and possibly get flown abroad for treatment.

Hollie Dance and Paul Battersbee had until 9am today to make an application to the European Court of Human Rights (ECHR), Archie’s machine was due to be switched off at 11am.

In a statement, the ECHR said it “would not interfere” with the decisions of UK courts that life-support treatment should be withdrawn from the schoolboy.

What is brain death and what happens when life support is switched off?
undefined
Hollie Dance outside the hospital on Tuesday 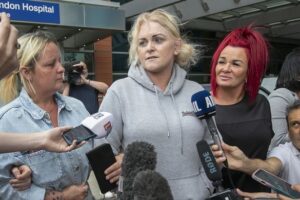 Archie has been in a coma since he was found unconscious in April with a catastrophic brain injury.

He is being kept alive by a combination of medical interventions, including ventilation and drug treatments, at the Royal London Hospital in Whitechapel, east London.

Doctors treating Archie say he is brain-stem dead and that continued life-support treatment is not in his best interests. Thus far every attempt through the courts by Archie’s mum has been rejected.

Responding to the news on Wednesday evening, Ms Dance said: “This is another heartbreaking development in our fight for Archie’s right to live. We have been contacted by doctors in Japan and Italy who say they are willing to treat Archie, why can’t we give him a chance?

“The NHS, the government and the Courts in this country and Europe may have given up on treating him, but we have not.

“The whole system has been stacked against us. Reform must now come through Charlie’s Law so that no parents have to go through this. 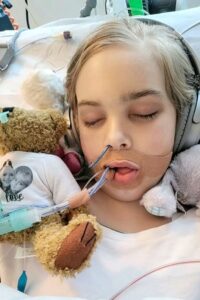 “In a worst-case scenario, we want to take Archie to a hospice, but the hospital have said that we cannot do that despite previous promises. We have been told all along that this is all about Archie dying with ‘dignity’, and yet we are told we cannot take him to a hospice where it is quiet and we can spend time with him as a family without the chaos at the hospital.

“We will fight to end for Archie’s right to live.”

Archie’s parents, who are separated, lost their Supreme Court bid to keep his life support on earlier this week but have vowed to pursue every legal avenue.

The bid to appeal made by Archie’s parents, Ms Dance and Mr Battersbee, was refused by a panel of three Supreme Court judges, who concluded the Court of Appeal “made the correct decision”. 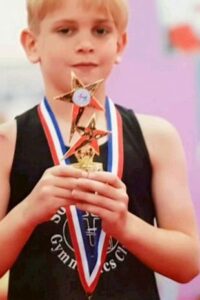 While the panel said they have “great sympathy” with of Archie’s “devoted parents”, they said there was “no prospect of any meaningful recovery (by Archie)”.

In a statement issued on Wednesday evening, the European Court of Human Rights said it would not grant an interim measure to continue treatment and declared the parents’ complaints “inadmissible”.

The statement added the court would only grant such requests “on an exceptional basis” and “when the applicants would otherwise face a real risk of irreversible harm”.

This morning the chief medical officer for Barts Health NHS Trust confirmed they are working with the family to prepare for the withdrawal of treatment.

Alistair Chesser said in a statement: “Our deepest sympathies remain with Archie’s family and we aim to provide the best possible support to everyone at this difficult time.

Archie has not regained consciousness since his mum found him at their home in Southend, Essex following a “freak accident” 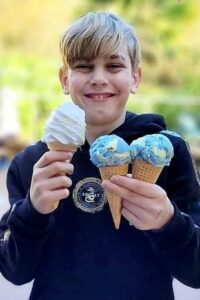 “As directed by the courts, we will work with the family to prepare for the withdrawal of treatment, but we will make no changes to Archie’s care until the outstanding legal issues are resolved.”

Ms Dance earlier said she was “running on empty”, adding: “Yesterday was a very down day for me. People that know me know I won’t stay down for long, especially when it comes to fighting for my son’s life.

She told reporters: “It really is a case of me and Archie, and obviously Archie’s family, up against the whole system.”

The family’s application to the ECHR follows last night’s Barts Health NHS Trust lawyers brutally telling Archie’s family that he cannot be moved to a hospice should his life support be cut off. 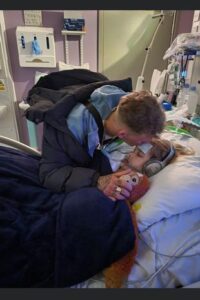 Archie’s family friend Ella Carter said the “seven or eight” security guards around his room made for a chaotic environment.

“If this is Archie’s last couple of days it needs to be peaceful and it needs to be a calm atmosphere, and it’s the complete opposite really,” she said.

“We would really like it to be in a hospice – I mean that’s exactly what they’re designed for, they’re so well-equipped to deal with situations like this.

“If the trust can work with us and co-operate with us in working towards getting him in a hospice we would be forever grateful for that.”