Please pray: Mom of four loses everything as she waits for 8-month-old to receive heart transplant - Daily Net 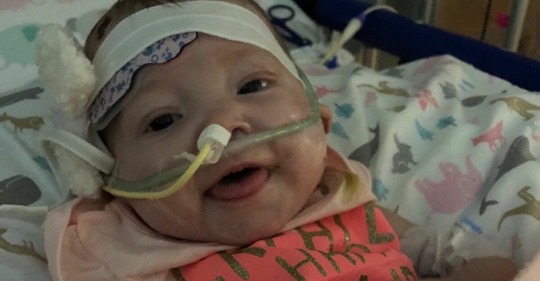 Please pray: Mom of four loses everything as she waits for 8-month-old to receive heart transplant

Watching your child become seriously ill can cause the most calm and harmonious family to fall apart.

What is one to do when there’s nothing to help your child feel better?

Sometimes, no matter how hard you try, how much you wish it, it’s just not possible.

A mother of four and her family from Tallahassee have now lost almost everything they owned to be near their baby. Autumn Fox, just 8-months-old requires a heart transplant to survive.

The little girl is hooked up to life support in a cardiovascular ICU and has lived each day attached to a dizzying array of tubes.

Nobody knows how much longer the family will wait for a donor.

8-month-old Autumn Fox has been a fighter her entire life and her story starts before birth. She was born eight weeks early. 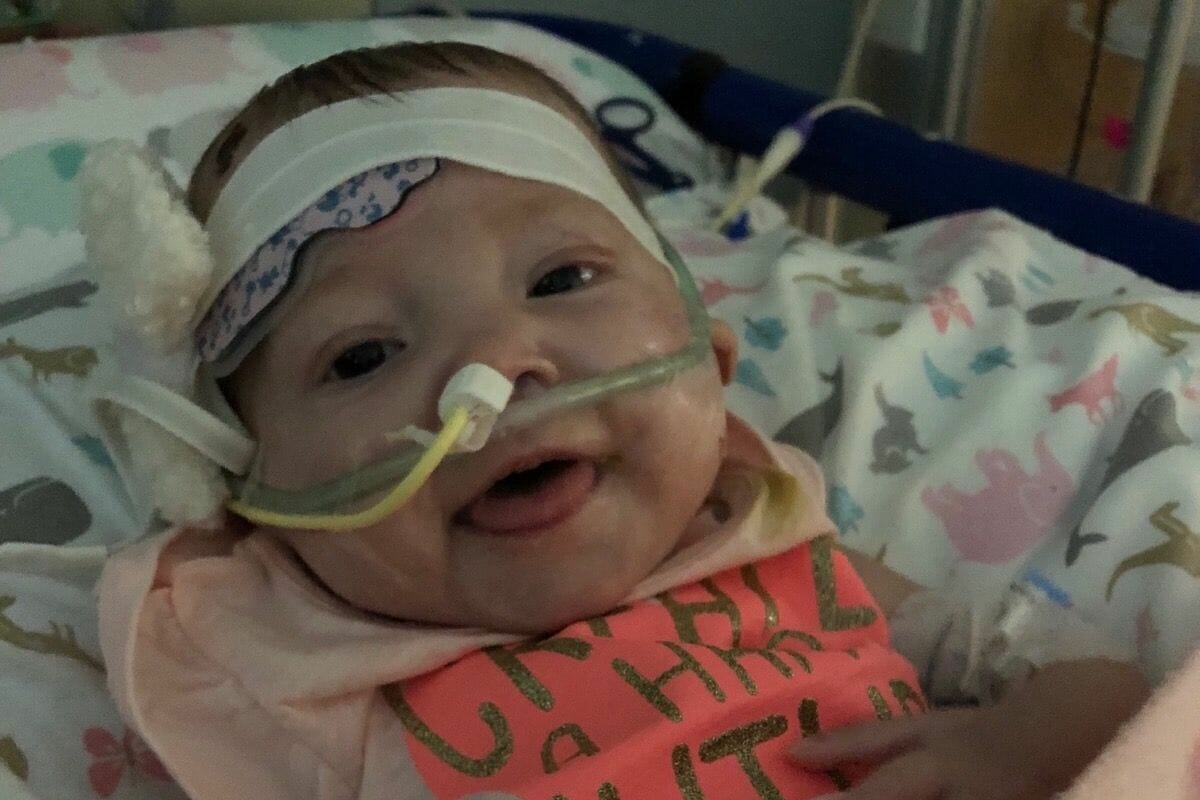 The Tallahassee baby saw light for the first time in August last year – but Autumn was born with several serious health issues, including genetic issues and even brain bleeds.

“I didn’t get to see her,” her mom, Nicole Smith, said. “It was nine days before I got to hold her.”

On top of all that, the family found out that Autumn had heart issues and would have to have a heart transplant.

Autumn is now waiting at Shands Hospital on life support, hooked up to an Extracorporeal Membrane Oxygenation (ECMO) machine that takes over the baby’s breathing from her heart implant and lungs. 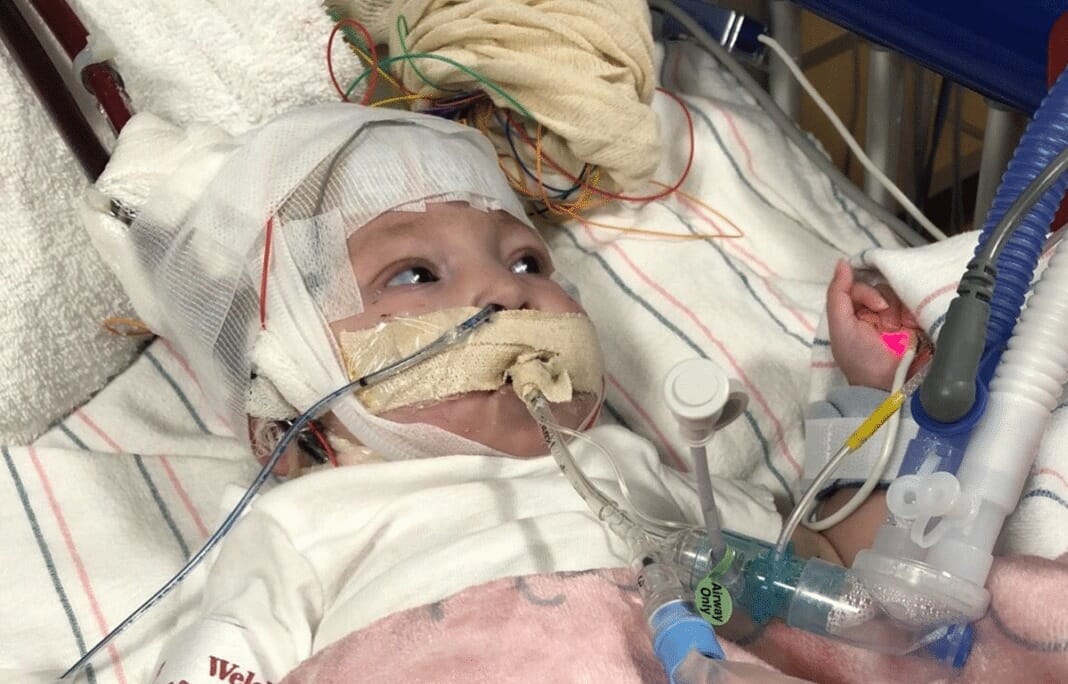 According to mom Nicole, it may take six months to a year to get her daughter a new heart. Doctors told the family that Autumn’s heart was only functioning at about 25 percent of its capacity.

Sadly, the family had to sacrificed their business, home and vehicle to be by Autumn’s side. Soon after Autumn was born the family found themselves driving back and forth from Tallahassee, where the older children were, to Gainesville, where Autumn was, everyday. The gas and food costs quickly became too much. 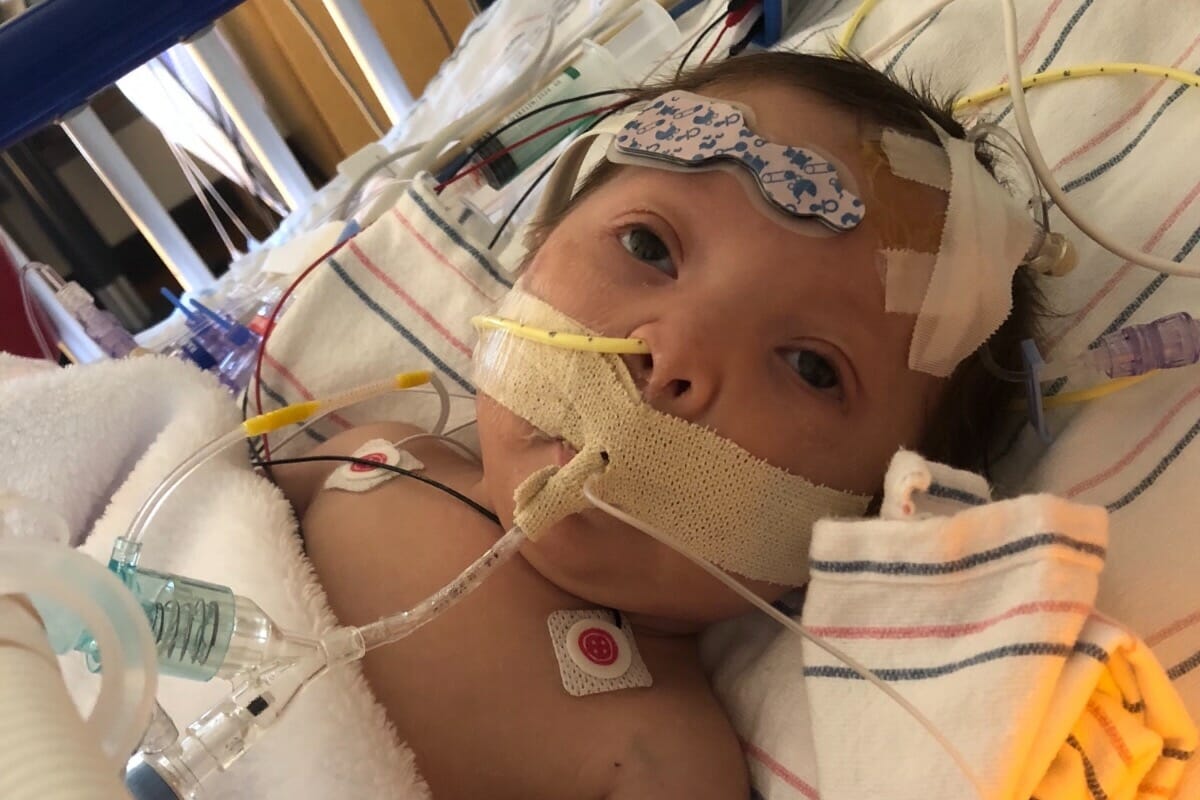 They decided to permanently uproot closer to the hospital and they sold most of their belongings, including their larger car.

First the family moved into the Ronald McDonald house across from Shands Hospital. Later, they were able to get a nearby apartment with help from Aenon Baptist Church.

As you can imagine, the past six months have been a struggle for the whole family. Nicole said she did not get any indication that the baby would have complications when she was born.

To save Autumn’s life, the family another child has to die for a heart to be available. Autumn can receive a heart from another infant up to a year old, her dad said.

For each day the infant remains on life support, her family must struggle with day-to-day expenses. 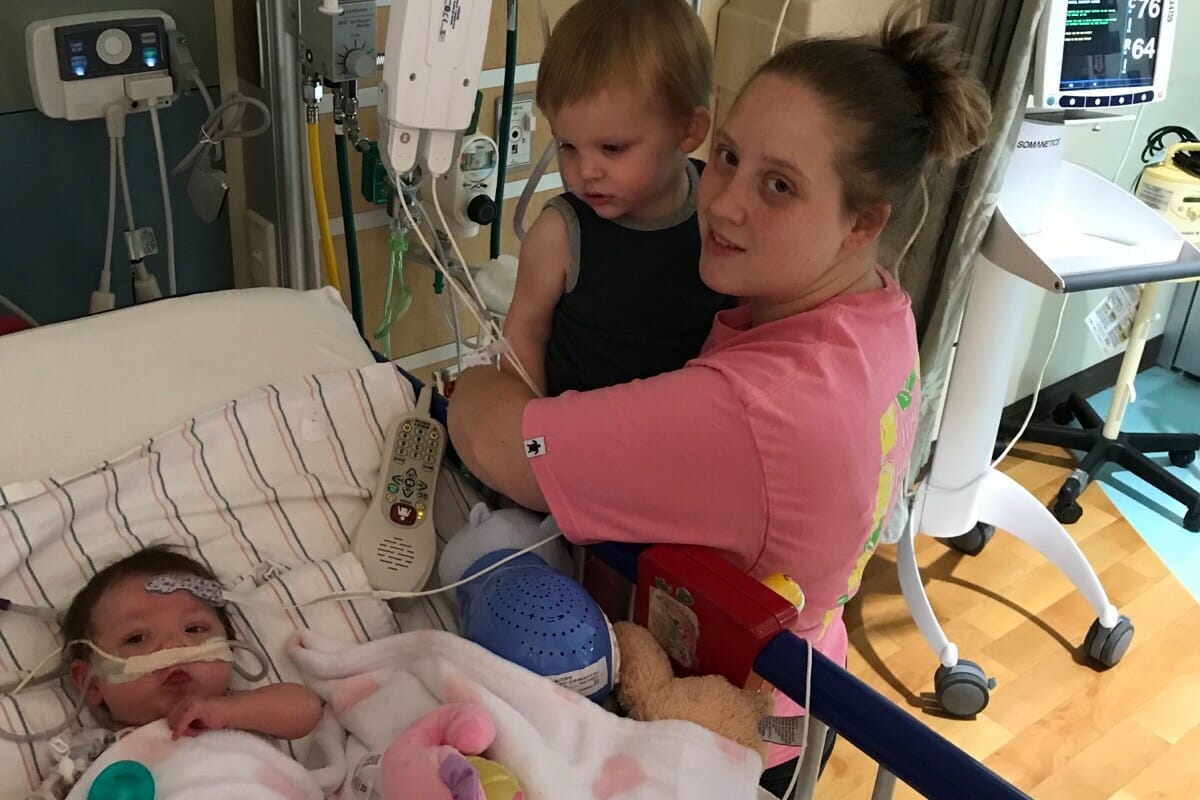 Their new life and everything around it has affected the whole family. The situation has also been hard on grandma.

Autumn’s grandmother, Rebecca Fox, says she often cries and that it’s heartbreaking to see her daughter lose their home to pay for the essentials like gas and food.

They even had to sell the swingset belonging to Nicole’s 8-year-old daughter Haley, who cried to see it go.

Nevertheless, Haley offered to give her little sister her own heart.

“She actually said the other day, ‘Mom, I just want to give Autumn my heart. I want her better,’” Nicole said. 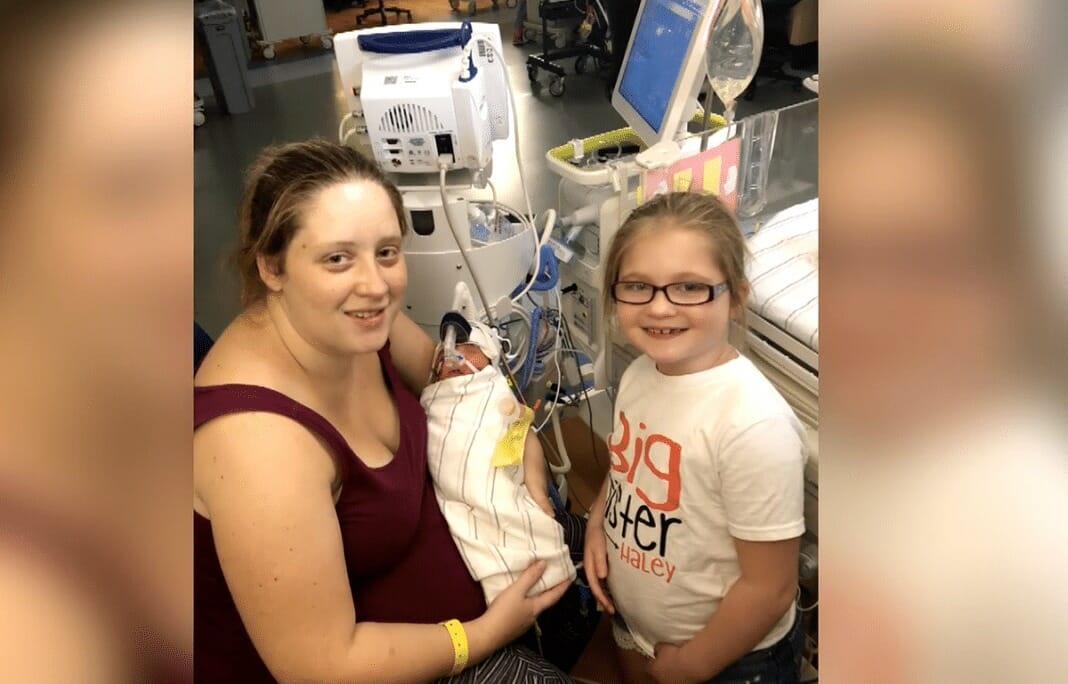 Five-year-old Mason is autistic and two-year-old Brayden must be in daycare because he cannot be in the Cardiovascular Intensive Care Unit where Autumn currently lives.

For mom Nicole, the days begin early in the morning and do not end until late.

Each day, she rises at 5:00 in the morning to get her husband to work, her kids to school, and then have as much time as she can to travel to the hospital.

After that, she heads back home – making repeated calls to check on her daughter.

“No one really gets that holding a baby without wires and tubes and all that stuff is something to be grateful for because everytime a monitor beeps you’re looking to see what it is,” Nicole said. 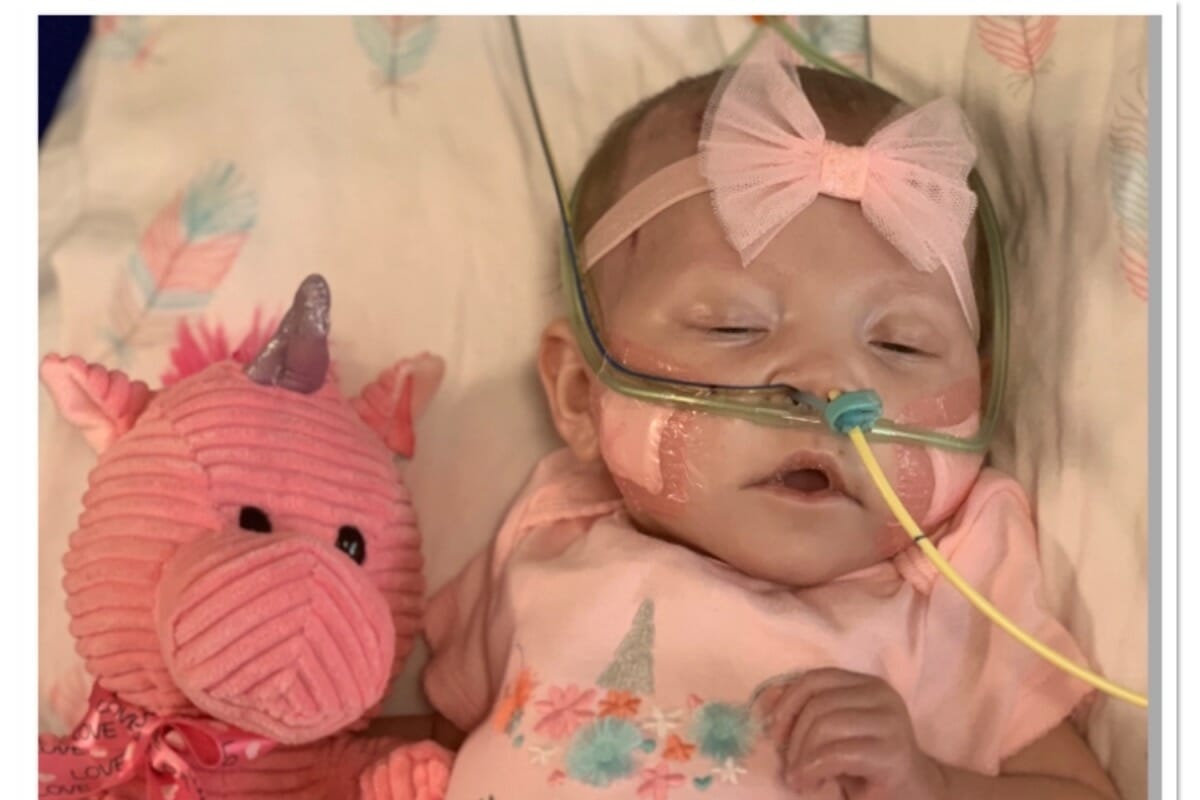 Nicole is surviving on as little as four hours of sleep each night.

The family created a GoFundMe page to try to raise funds for medical expenses not covered by insurance as well as living expenses.

Nicole hopes that donations will allow her to be by Autumn’s side around the clock.

On a good day, her parents Nicole and Kevin, partners of nine years, can get a quick smile out of her. But the bad days are far more frequent.

“It’s very hard,” Smith said. “With a heart, you never know if you’re going to get called.” 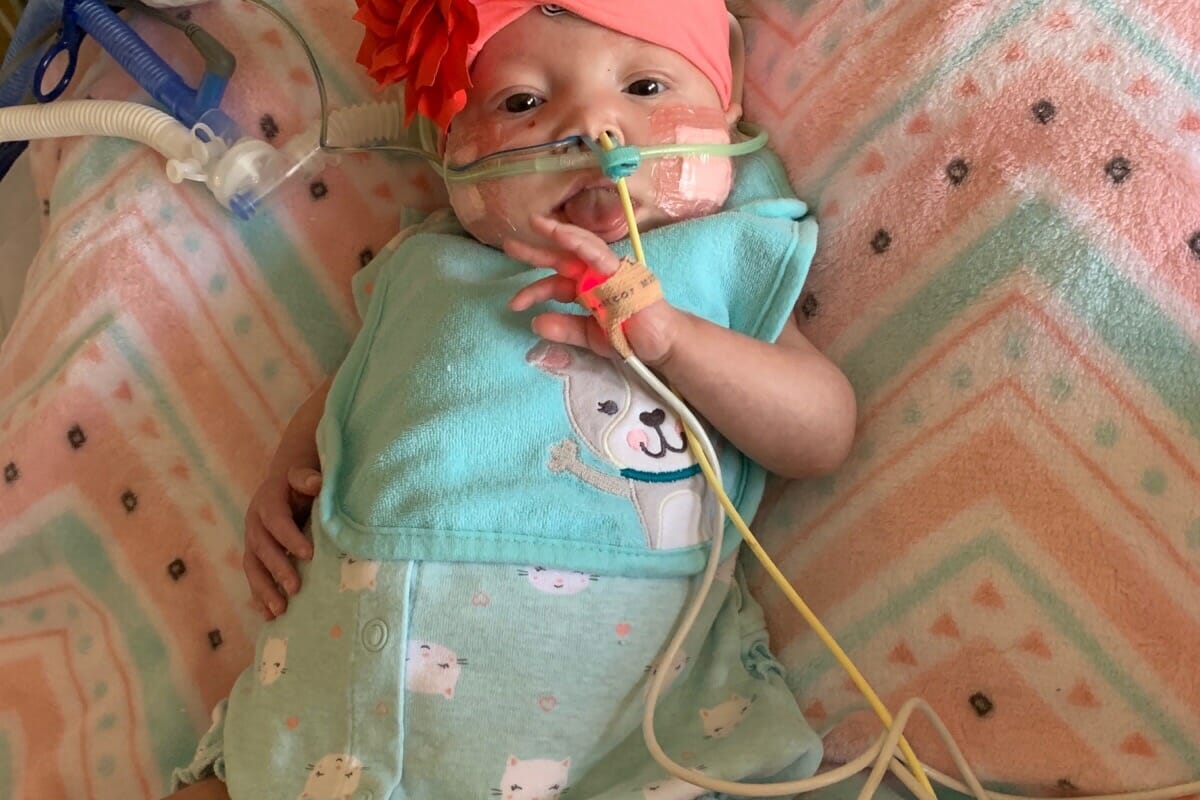 While most infants her age drink from bottles and scoot across floors, Autumn lies in a hospital bed, tubes and wires protruding from nearly every part of her tiny body, waiting for a new heart.

But she is a real fighter and thanks to her fantastic family, and her doctors, there is still hope!

Please share this story with all your friends and family on Facebook and keep Autumn in your prayers!💕