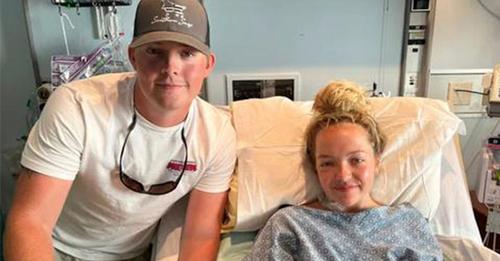 It was a normal family day out on the beach for a teenager in Florida when things took a sudden turn for the worse as a shark attack ensued. A shark measuring 9 ft. in length bit into Addison Bethea’s right leg.

Later on while recovering at Tallahassee Memorial HealthCare, in an interview with CNN, the 17-year-old recounted that she knew she had to punch the shark’s nose to have the best chance of it releasing its grip. However, she just could not reach the spot.
A Devastating Shark Attack
The fighting teen, however, was not willing to give up without a fight: “So I just started socking it in the face and then poked its eyes…” Unfortunately, things became worse when she tried to use her fingers to get the shark off. The marine creature then proceeded to bite her hand! 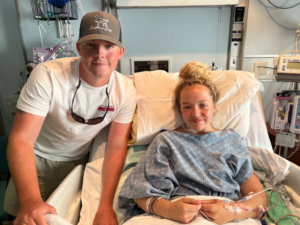 Fortunately, Rhett Willingham, Bethea’s brother was also an EMT and a firefighter. He had heard the teen make a noise but then could not see her at all. After sitting upright, he saw Bethea surface along with the shark as well as the blood. Rhett immediately swam to rescue the teen.

Rhett successfully fought the shark in about 5 ft. of water. He hauled Addison into his boat. As an emergency first aid, he tied a tourniquet around her leg. By the time Rhett managed to get Addison to TMH, the shark attack had done a considerable amount of damage. TMH’s official statement said that the shark attack had done “devastating damage to the soft tissue in her right leg”, resulting in the “loss of her quadriceps” and “massive nerve and vascular damage”. 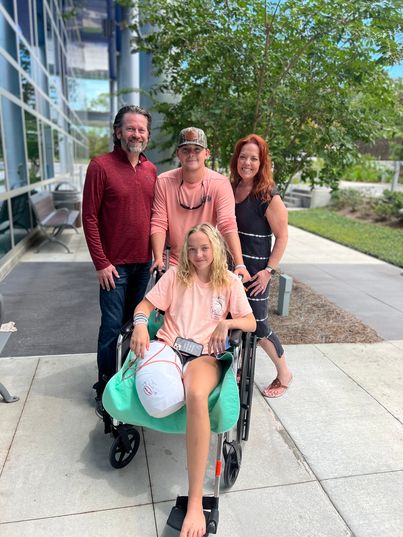 Unfortunately, this meant that Bethea had to have her right leg amputated above her knee. Later on, her family shared on Facebook that the surgery had been successful. Well-wishers also set up a GoFundMe to pay for the rehabilitation and medical expenses of the teenager.

Bethea’s road to recovering from the shark attack is long and expensive. However, the good news is that her spirits remain high enough to joke about giving the shark a good beating. Addison even hopes to be able to return to the ocean at the earliest. Her reasoning is surprisingly simple: “I lived 17 years without a shark attack. I’m fine with going back.”

Are Shark Attacks On The Rise?
According to the International Shark Attack File (ISAF) by the Florida Museum of Natural History, 2021 saw an increase in shark attacks. Among all the locations in the world, Florida has been recording the highest shark bite numbers for a couple of decades. Blacktip sharks are the primary cause of these bites.

However, there is a silver lining: fewer shark attacks are turning out to be fatal. This is thanks to improved safety protocols on beaches as well as a decrease in the shark population in coastal waters. Moreover, 51% of shark attack victims were boarders or surfers. In the surf zone, sharks have impaired vision due to sediment, leading to them mistaking a surfer for their common prey – a seal.

Here are some helpful from the Florida Museum tips to avoid a shark attack:
-Try to be in groups since solitary individuals appear to be better prey for sharks.
-Try to be as close to the shore as possible.
-Avoid going into the water when there is no light or during twilight since that is when the creatures tend to be the most active.
-Do not go into the water with any sort of open wound or while menstruating.
-Avoid wearing shiny jewelry as they can look like fish scales to sharks.
-If a shark does attack you, try to hit its nose. If it bites you, then try to claw at its gill opening and eyes. They are the shark’s sensitive areas. Always try to be as active as possible during such situations as the creatures respect power and size.