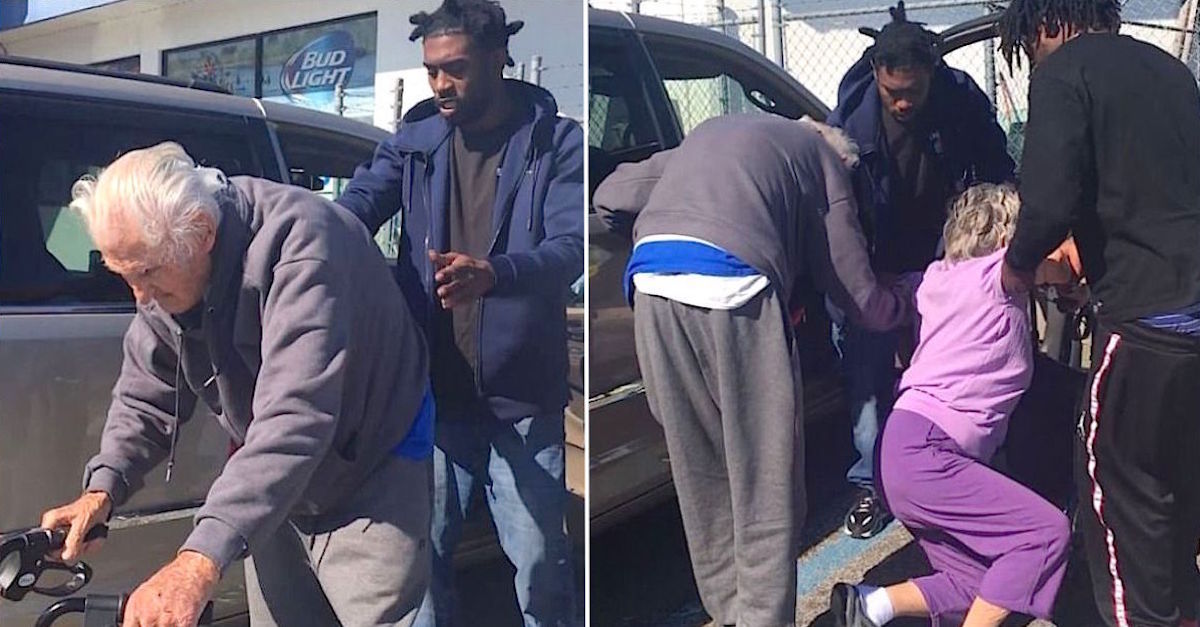 Rose Griest, 89, embarked on her long journey back from her doctor’s appointment in Orlando, Florida. She and her 100-year-old husband, David, stopped off at a gas station along the way so they could use the bathroom.

Rose and David parked their SUV at the first gas station they could find. By the time they returned to the vehicle to get back on the road, they were both feeling weak and exhausted.

Rose struggled with her walker and was visibly shaky. She had a hard time finding her balance and strength, as did David.

Police Officer Kanesha Carnegie was standing near the elderly couple and was just about to assist them when she saw three young men hurrying out the gas station doors.

Instead of helping Rose and David, Officer Carnegie stood there in awe, recording the next few moments on her cellphone.

The three men are actually a trio of Orlando-based rappers — Joc Koe Stoe, Marty, and Freddy G. They were buying snacks inside the gas station when they saw Rose and David struggling at their car in the parking lot. Without even one second of hesitation, Joc, Marty, and Freddy sprinted outside. “I kept thinking, ‘She could have been my grandmother,’” Marty told Fox 5.

Officer Carnegie posted the heartwarming clip to Facebook, where it went viral with over 5 million views. What an amazing show of humanity and kindness.