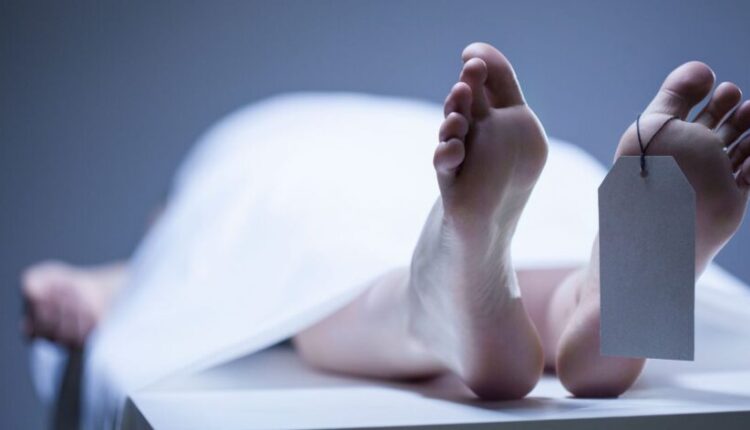 It’s a question that has divided people of different beliefs around the world since the beginning of time – what happens when you die?

Admittedly, this question usually explores the question of an afterlife and what happens to your spirit after you’ve kicked the bucket.

But have you ever wondered what physical changes happen in the body when a heart stops beating?

List 25 reports a fairly grim process of ‘rotting’ begins as the body starts to decompose – but as unpleasant as the idea is, it’s actually quite fascinating.

1. The heart stops and the blood pools

For more of the news you care about straight to your inbox, sign up for one of our daily newsletters here

Once this happens, all parts of the body will start to die at different rates.

Blood will no longer be pumped around the body by the heart, so it pools in the arteries and veins.

When blood stops pumping around the body, it starts to create a two-tone colour, when blood settles in the lower part of the body, due to gravity.

The effect makes the body look bruised in places, whereas other parts will look very pale where the blood has drained away.

Algor mortis happens when the body starts to cool down. A standard body temperature should be 37°C, but after death the body loses this temperature by about 0.8°C every hour.

This process is also known as the “death chill.”

This occurs due to decreasing levels of adenosine triphosphate (ADT).

The process typically starts with the stiffening of the eyelids and neck muscles.

Even though a person might be dead, their body can still twitch and move up to a few hour after death.

The flexes and little movements occur as the muscles begin to die because the muscle tissue starts to contract. If a few muscles are contracting at the same time, it can look like the body is moving.

We’re a society obsessed with reversing the effects of ageing, finding remedies for wrinkles and lines on our faces to make ourselves look younger than we are.

Ironically, when a person dies, their face actually flattens out, getting rid of the lines as the muscles stop contracting.

While most of the body is tightening due to rigor mortis, there are some parts that actually loosen up – including the sphincter.

The reason for this is that, when a person is alive, the sphincter is controlled by the brain – which is now dead.

In the absence of such control, the sphincter does whatever it wants. As it opens up, any leftover waste leaves the body.

Everyone knows corpses don’t smell particularly nice – but not many people know what it is that causes the revolting odours.

In fact, the putrid smells are a result of dying cells in the body which release enzymes to notify bacteria and fungi nearby that something has died.

In response, the bacteria and fungus respond to the notification and are attracted to the body – which is when things start to decompose, giving off bad smelling odours.

After the bacteria and fungi have their way with the corpse, critters like blowflies and flesh flies will land too.

They’ll lay their eggs which will later hatch maggots. The maggots then feast on the dead flesh before they’re also joined by mites, ants, spiders and larger scavengers.

As rigor mortis sets in, bodies can make plenty of different noises including farting, squeaking and burping.

It’s thought to be something that often takes doctors and nurses by surprise!

Most people already know that the human gut is full of bacteria. When a person is alive, the immune system keeps the bacteria in check.

But once a person has died and the immune system is no longer operating, the bacteria starts to go wild – and starts eating away at the intestines.

As if this process wasn’t undignified enough, the decomposition of the intestines releases gases.

These gases then cause the eyeballs to bulge and the tongue to swell, which in turn causes it to lull around the mouth.

Putrefaction happens when our cells continue to break down and tissue cohesion is lost as proteins start to decompose.

Do you have a story to share? Email jessica.taylor@reachplc.com

This process is sometimes known as the liquefaction of the organs.

Once this process has set in, our corpses become “sloshy” and spongey.

While the gases from decomposition start to build up, the skin starts to detach from the bone and the muscle as it becomes ‘slippery’.

Bones are the last thing to decompose when a person dies, often breaking down decades after death has occurred.

This happens when bacteria, fungi and other organisms start working on the bones. When the bones have decomposed, we’re left with hydroxyapatite, a bone mineral which turns to dust.

10 Properties of Bananas Which You Probably Didn’t Know About

Woman shares what false teeth look like in nightclub as…

How to spot the signs of deadly blood clots – after…

10 Properties of Bananas Which You Probably Didn’t Know…