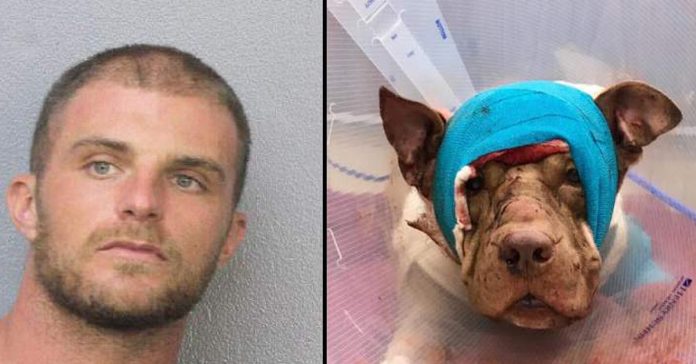 People were horrified to hear of the story of Ollie, an innocent pit bull.

He was found crying for help inside a suitcase dumped in an abandoned building in Hollywood, Florida.

Police officers rushed the severely injured dog to veterinarians, who were shocked to discover the dog had been badly beaten and stabbed over fifty times.

The dog was believed to have suffered for over two days in that suitcase before being found. Unfortunately, he succumbed to his injuries. 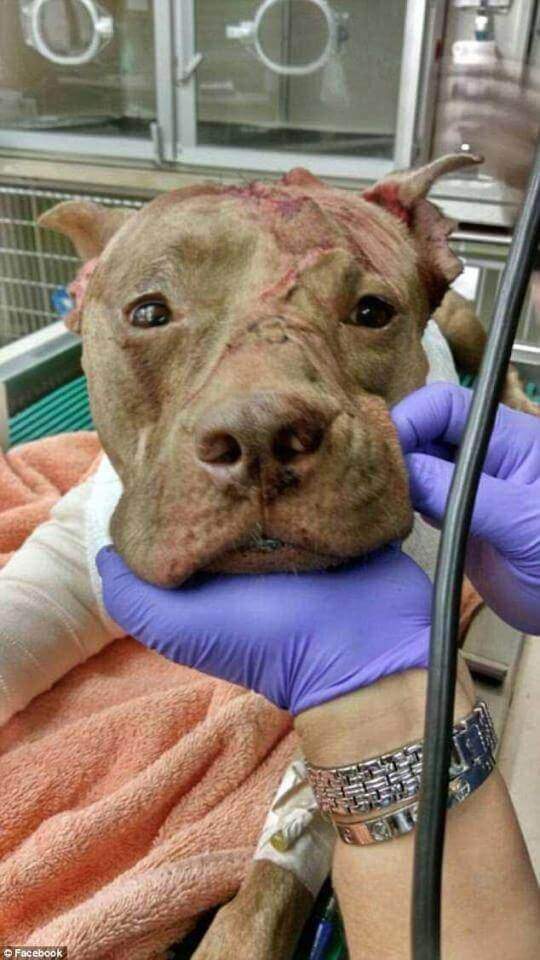 Police investigating the crime tracked down the dog’s attacker and found it was a 31 year old man called Brendan Evans who is a voodoo priest.

Searches of his residence found decapitated rats and several severed cat’s feet, along with a machete.

If convicted, the man faces either a fine or a maximum of five years in prison, highlighting how the justice system does not take animal abuse seriously, which is ridiculous especially considering the strong link between animal abuse and violent crimes against humans.

Voodoo is a secretive religion that was developed in the Benin Republic and other nearby areas among slaves captured in West Africa and sold to French-owned regions in the Caribbean. 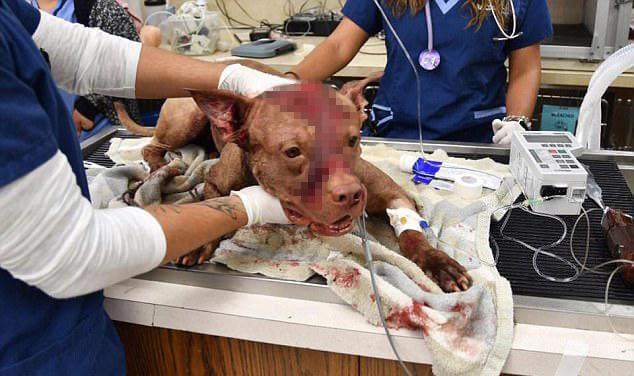 Practitioners believe in an unknowable deity and try to affect daily life by appealing to various spirits referred to as loas.

Although most typical voodoo worship resembles any religion, with meals, fasting, and worship meetings, animal sacrifices have long been part of voodoo, used to try to influence the loas. 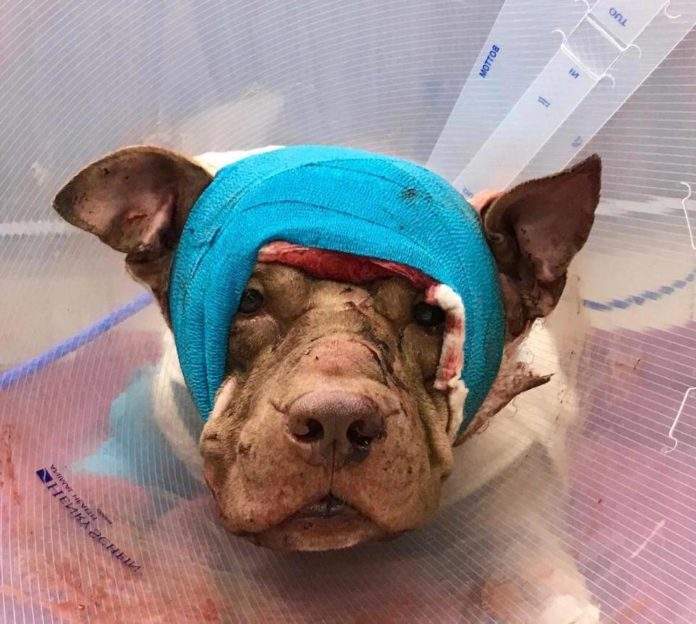 Most typically, chickens are used for these offerings, but other animals are sometimes killed, often in disturbing ways.

It is unclear if this voodoo priest was trying to use the torture and eventual death of this poor dog as a ritual offering or if he is just a twisted, sick individual.