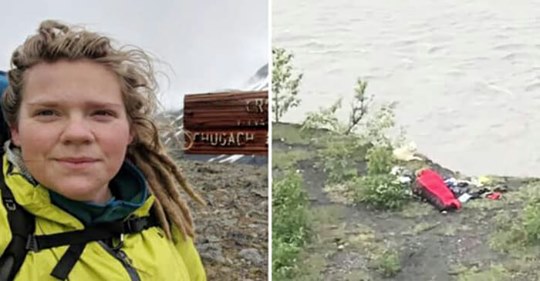 Being young means exploring the world and experiencing different cultures and places. Some choose to stay in their home country, while others visit a far-away country or perhaps take on a challenging activity.

Twenty-one-year-old Amelia Milling, who is deaf, isn’t afraid of challenging herself and decided to climb a mountain in Alaska by herself.

But something went wrong and she ran fell hundreds of feet down the mountain. Then a rescue helicopter found her — but to their amazement, she wasn’t alone.

Amelia Milling likes adventure. While most people her age might prefer beach holidays or playing with their smartphones, she has other interests. 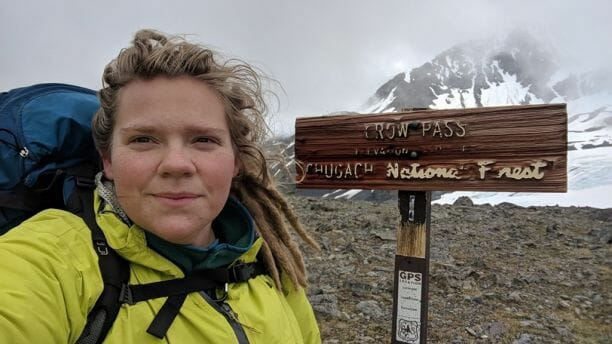 Amelia decided to go on a three-day hike in Alaska, and at first, everything was going well. Amelia, who is deaf, started the climb up a large mountain — when everything went wrong.

Somehow, Amelia lost her balance and fell down the side of the snow-covered mountain. She slid more than 300 feet before she crashed into a boulder and then slid another 300 feet. 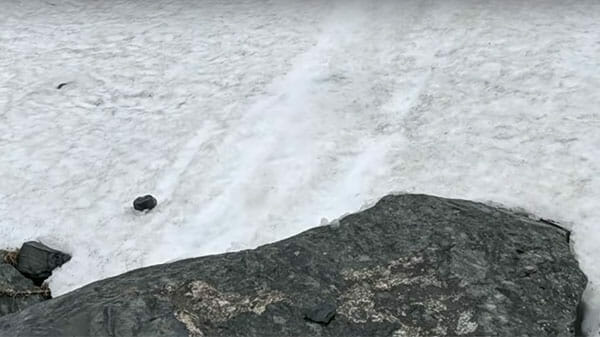 The 21-year-old was stranded alone on the mountain. Luckily, though, she didn’t break any bones and could still walk. But she did have a big problem.

Since she had fallen so far, Amelia had no idea where she was. She was lost in an unfamiliar landscape and was wondering what she could do.

Freezing and with over 24 hours having passed since her fall, Amelia knew that she was in trouble. 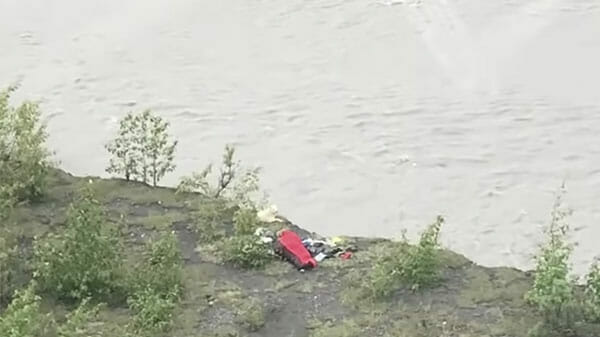 But soon after, something happened that made Amelie’s heart jump.

In the distance, she saw what looked like a white wolf. Amelia was worried because she knew how wolves acted around people.

But when the white canine came closer, Amelie saw that it was wearing a collar. 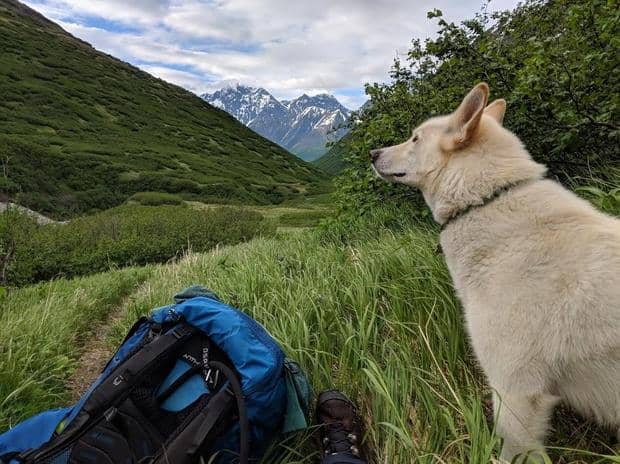 The husky, whose name is Nanook, had “guide” written on his collar and was actually a trail guide dog that worked on the mountain finding lost hikers and bringing them back to the trail. Talk about finding the right dog at the right time! 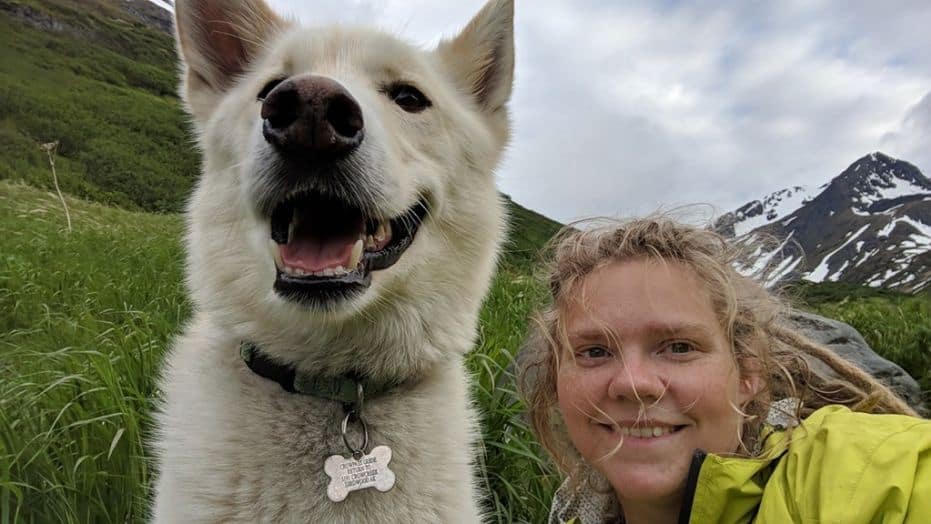 Now Nanook had found Amelia and had a new mission.

Nanook helped Amelia find the trail again and stayed with her all night to make sure she wasn’t alone.

The next day, Amelia tried to cross a river, but the strong currents pulled her underwater.

Again, Nanook was right there for her. He jumped in, grabbed the strap on her backpack and pulled her out of the cold glacier water.

Amelia had a GPS transmitter so she could send a signal if anything happened, and she finally decided to press it. 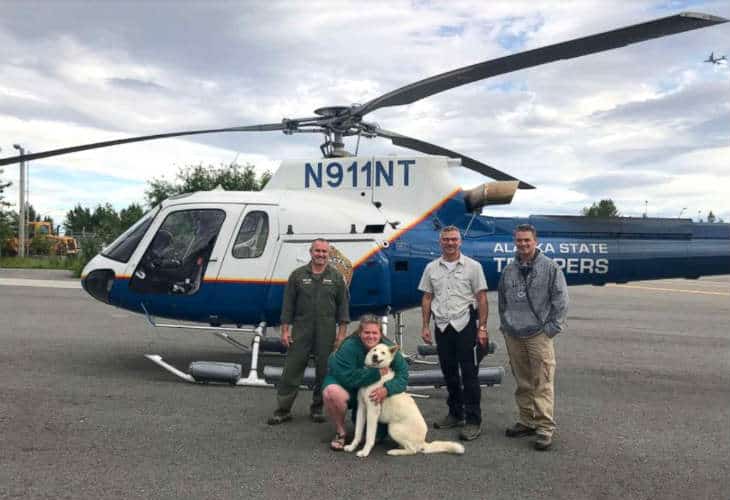 The signal was picked up by the local rescue service, who sent a helicopter to find her.

Alaska State Troopers were called out to her location and delivered her to safety, with Nanook by her side.

Although the rescuers flew her home, she claims that Nanook is her true hero.

Nanook was the hero of the day, and it appears that this wasn’t the first time the heroic dog had helped someone on the mountain. 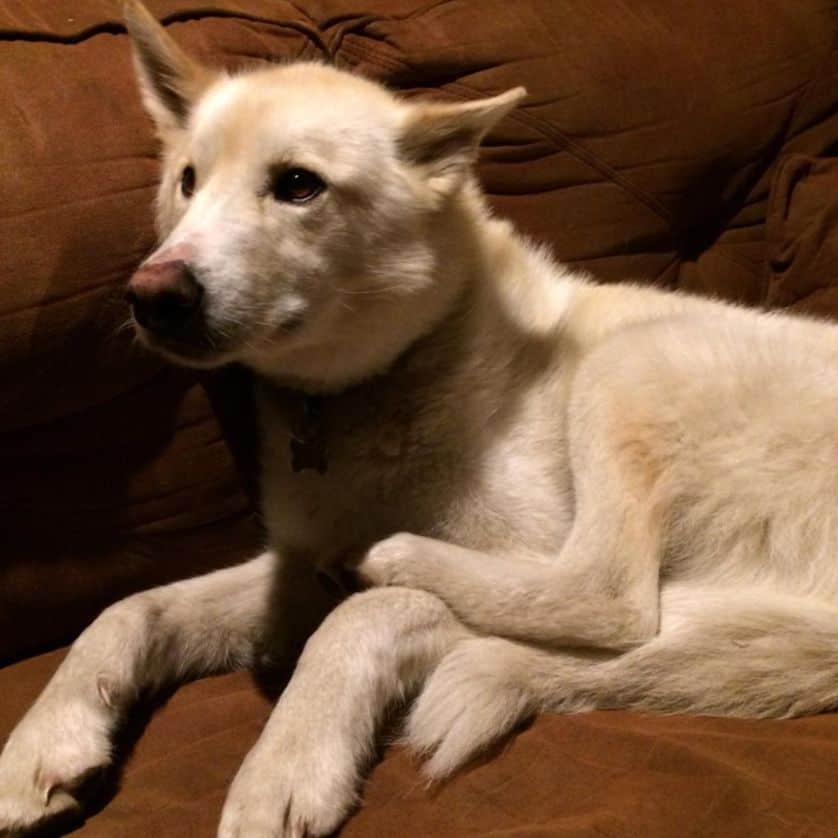 Nanook’s owners were notified of his heroic act and they were shocked that he had wandered so far from home.

Although, apparently this isn’t the first time Nanook has saved someone’s life.

A little girl once became caught in the river current and he pulled her to safety. What an amazing dog!

Watch this video to see Amelia reunite with Nanook and to hear her tell the story: